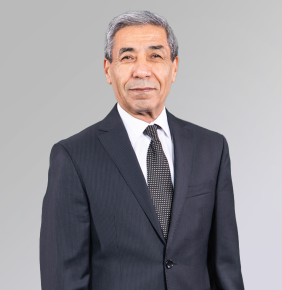 Member of the Audit Committee

Aliyev Yasin Imran oglu was born on February 5, 1950 in the village of Yukhari Korpulu, Armenia. In 1978, he graduated from the "Accounting" faculty of the Azerbaijan State University of Economics.

In 1975-1998, he worked as Chief Engineer-Economist and later as Head of "Financial Planning Department" at "Teleradio" Production Union.

In 1998-2011, he worked as the Financial Director and then as the Deputy General Director of "AZCOM" LLC.

Since 2016, he has been working as the Member of the Audit Committee at Rabitabank OJSC.